Add these requirements to those listed under Graduate admissions or Professional admissions.

Success at Ohio State depends upon your ability to converse in, write and understand English. The university requires official TOEFL or IELTS Academic test scores from applicants:

To be official, score results must be received directly from the testing agency (ETS or IELTS) by your application deadline.

Note: Many graduate programs require a score above these minimums.

Applicants who are citizens of, or who have received a bachelor’s degree or higher from, one of the following countries are exempt from the English proficiency requirement: Australia, Belize, the British Caribbean and British West Indies, Canada (except Quebec), England, Guyana, Ireland, Liberia, New Zealand, Scotland, the United States and Wales.

If you are admitted

With few exceptions, international students (including those who were exempted from English proficiency requirements) are required to sit for an ESL Composition Placement Test upon arrival. In addition, if you are awarded a Graduate Teaching Associateship and English is not your first language, you will be required to certify your oral proficiency in English before assuming your associateship duties.

Read more about requirements after you are admitted.

One of Ohio State's graduate admission criteria is the completion of an American four-year bachelor's degree or the equivalent. Three-year degrees are not generally recognized to be equivalent.

How to become eligible to apply to graduate school

This work must be completed at an accredited university. Please note that we cannot give absolute assurance that your academic documentation will qualify you for graduate study until we have reviewed your documents. When you apply, you must provide transcripts and degree statements for all post-secondary course work at a college or university.

The following degrees are recognized by Ohio State. 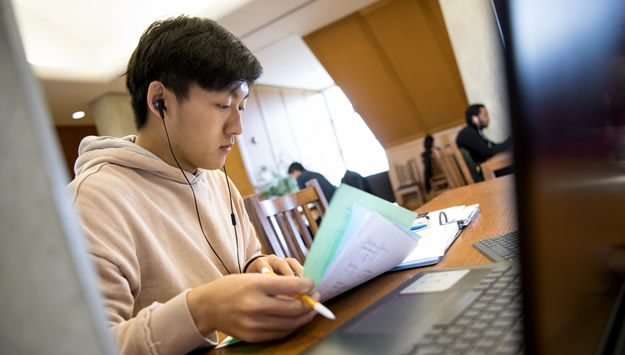 Read about programs that support your needs.

Join us for webinars, college fairs and more.